After graduating and finding our first job, we experience how we can put what we have learned into practice. This is when we realize that we will have to face very different challenges from the ones you thought you’d encountered in the classroom. This is when you need the humility, the open-mindedness and the eagerness that Csenge has in abundance. 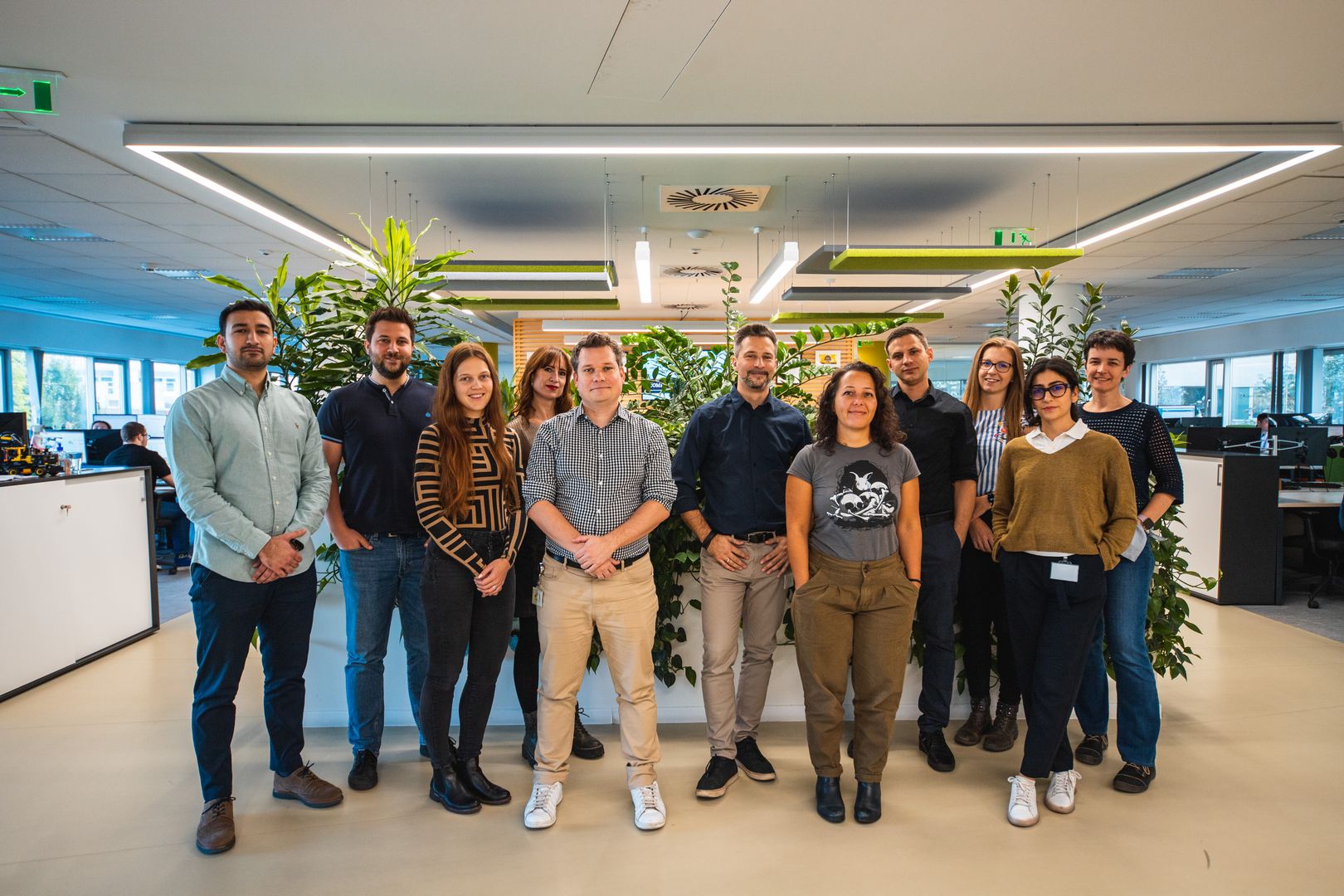 Csenge’s observant and industrious behavior was immediately noticed by her colleagues, so she did not have to wait long for the opportunity to knock on her door. One of our senior architects, Ági, who is already experienced in project management, saw Csenge’s potential and quickly brought her on board for a project related to organizational development.

As some of her colleagues had been involved in organizational development before, Csenge got an idea of what it was like to be part of a project like that, so she accepted the challenge without any hesitation.

Several other colleagues had been working on this project, but it did not bring any particular results, so the goal was to complete the sample plans in a way that would be mutually reinforcing with our internal BIM developments. According to Csenge, the project itself seemed to be a tough challenge, but the proactivity of the participants was incredibly motivating. Little did she know at that time, that she would have a bigger role in this project than she had previously expected, because the four project managers were so busy that they were unable to coordinate the project.

Her colleagues came up with the idea that Csenge should coordinate the project. Just to make it clear: a young architect gets the opportunity to coordinate colleagues with more than twenty years of experience behind them. No wonder that at this point someone gets frightened of a task like that.

Our colleagues Toma and Vera, who are responsible for organizational development, assured Csenge that she will receive all the support she needs to successfully coordinate the team.

Needless to say, Csenge accepted the challenge and made the project a success.

She did so by coordinating her team, so they were able to create the standards for our architectural projects. Furthermore, by collecting the projects from the members of her team, Csenge created a quasi-manual of our standards, which was then compiled into the project deliverable.

In addition to her other tasks, Csenge considers this one as a great adventure and she is honored to try herself in such a task as a newcomer. In her report she emphasized that this project has given her a wealth of experience, both at a professional and a personal level. The task made her get out of her comfort zone, because she had to hold her senior colleagues accountable, she had to assign tasks and firmly express her opinion in order to create a quality result. All of this naturally led to a closer relationship between the team members and ever since she recalls the memories of their collaboration with content.

Csenge’s story demonstrates the key to our improvement very well: If any of our colleagues is open and looking for an opportunity to develop, then we can guarantee that. And what is even more important, we provide not only the opportunities, but the adequate professional background and support to make your project a success.

Our departments at IN-EX – Project management

One of the strengths of IN-EX is that our design projects not only involve our highly professional engineers, but we also have a dedicated team that provides back-up support for the management of the projects.

Orchestra rehearsal room as an instrument

The Competition team was established almost a year ago within Studio IN-EX in order to provide the opportunity for our adventurous collegaues to take part in international architectual tenders. Their first job was an Austrian competition/application.

Csenge’s story demonstrates the key to our improvement very well: If any of our colleagues is open and looking for an opportunity to develop, then we can guarantee that.

From HR to process development, from starting
to changing a career

It is safe to say the process management has become an integral part of IN-EX’s everyday life. An increasing number of our coworkers gets acquainted with the development mindset, experiences its challenges, and shows a new side of themselves, that the others are not familiar with.

There are many methods and workflows for updating Revit models. For larger projects we developed a working methodology on how to achieve the highest possible level of security when migrating Revit projects.

Watch a short video tutorial from our professionals to see how we use Revit models made in-house, tailored to our needs.